According to federal law Title IX, sex discrimination in public schools is banned and therefore strictly prohibits discrimination against pregnant students yet it is widespread nonetheless, as reported by the ACLU. Mangel (2010) found that pregnancy is the number one reason that girls drop out of school with a staggering seventy percent of teen girls that give birth doing so. With dropping out of school, these parenting teens as well as their children will face a life of economic insecurities. In 2008 alone it was estimated to cost the taxpayers at least ten point nine billion dollars due to teen pregnancy and high school dropouts. There are a multitude of reasons correlated with teen pregnancy and dropout ranging from discrimination and lack of support to child care. Forms of this discrimination can come in from the schools refusing to give excused absences for pregnancy or child related appointments, teachers refusing makeup work, counselors coercing students into alternative schools, excluding them from school activities based on morality codes, and the disparaging and discouraging comments from adults and students to the pregnant teens. All of these forms of discrimination along with lack of daycare and support for the parenting teens contribute to already high dropout rates among high school students. During this study that ACLU also reported that more than any other group, girls who leave school due to pregnancy stated that they would have stayed in school and continued their education if they had received greater support from the school and staff (Mangel, 2010). This clearly shows that this is a problem that can be addressed with proper measures to be prevented and something that should be researched more thoroughly to weigh the pros and cons to the outcomes. I plan to investigate and research the concept of in-school child care and counseling services offered to the parenting teen and relate it to the effects it may have on the dropout rates. I plan to show that with providing in-school services such as counseling and child care that it will allow parenting teens more options to finish their education thereby reducing the dropout rate. Other possible benefits to this program assisting teen parents to complete school will be higher chances for that teen to obtain higher education, reduced risk of poverty on the teen and child as well as the reduced cost to taxpayers, increased income potential with degree, and a reduced risk of child abuse with less stress on the teen.

I had a bit of trouble locating research on this topic and came up with more of the debate type articles such as the pros and cons to in school daycares so I am going to cover these before getting into the research articles on the topic. The first article I reviewed was that of "Should Public Schools Provide Teenage Parents with Daycare?". This article was published in March of 2009 and covered statistical information between the years of 2006 and 2007. Chen (2009) reported during those years that the national birthrate among the ages of fifteen to nineteen was on the rise and had increased by one point four percent in that one year span. This increase equated to forty two point five births per thousand females in that age range. With the fact that many teen parents and especially teen mothers drop out of school after the birth of a child, a solution was sought. This forced a debate among communities on whether or not to provide daycare programs for teen parents in the public school systems. Chen stated that many of the community leaders argued that teenage dropouts led to a large number of the economic and social problems as they are more likely to be unemployed or have very low incomes. This brought about the argument to the seemingly central solution of providing support services such as daycares to parenting teens in public schools. This solution promotes support and education to the parenting teen and many of the leaders argued it as the best solution to reduce dropout rates and economic hardships in the future. On the other side of this were leaders and community members arguing that in school daycares only promotes irresponsibility in sexual choices and to costly taking away from the non-parenting students. (Chen, 2009)

Julia Lawrence (2013) wrote an article for Education News entitled "Schools Host Daycares On-site to Help Teen Parents Graduate". This article also goes into the need of the problem and why on-site daycares would be beneficial to the parenting teen as well as the dropout rates. Lawrence explains that as a way to combat the trend of pregnant and parenting teens dropping out, that a number of schools have set on site daycares to look after the child and allow the teen parent to still focus on their education. She feels that the investment appears to be worthwhile for both parent and child because those who are able to remain in school and graduate are less likely to raise their children in poverty than those who drop out. Lawrence also stated that the child also benefits with the onsite daycare centers providing better early childhood development opportunities that the parents are likely to find outside of the service. Lawrence also covers the comments by which such services only promote early sexual activity by quoting Maxine Thompson-Burroughs of the Early Head Start program at Northwestern. The comment by Burroughs stated that people who say that completely misunderstand the point of the program- which is to not provide a babysitting service, but create an environment specifically geared towards getting young parents into a graduation cap and gown (Lawrence, 2013).

The one research article that I was able to find was that of "Promising Outcomes in Teen Mothers Enrolled in a School based Parent Support Program and Child Care Center". This study used a volunteer sample of sixty five adolescent mothers enrolled in a parent support program. Of the sixty five females with children, fifty three enrolled their children in the school based child care program while twelve mothers had their children cared for by a family member. It assessed a multitude of characteristics of the mothers as well as outcomes for the child involved. A wide range of instruments were used during this study to measure the participant's current status and outcomes to the program. Conclusions to this study showed that the parent support program and school based child care setting appeared to offer promising opportunities and results with parenting, to avoid future pregnancies, and to stay engaged in school while knowing their children where cared for in close vicinity in a safe environment.

Clearly all information that I have found on this topic, it has been proven thus far to be beneficial to parenting teen's success with staying in school and graduating but much more research needs to be conducting to back up these current studies. This is my reasoning in proceeding in this topic with limited information because I believe that it is something worthwhile to the future of many adolescent female that are in need of these services. I believe in no way that this service promotes negative effect of early sexual activity of other students but only helps in the success of the girls that are already in a situation of need of the program.

Parenting teens that have access to the school based parenting program and child care services will have a higher level of achievement and success in education leading to graduation in turn lowering the dropout rates among pregnant and parenting teens.

There will be no difference in achievement and success of the pregnant and parenting teen group who use the school based parenting and child care program and will not affect the percentage of dropouts related to teen pregnancy.

In this study I plan to set up on-site services for pregnant and parenting teens that will cover counseling services both individual and group sessions, parenting skills, self-esteem and confidence building classes for future success, and school based child care services. The students using the school based daycare will be required to attend these sessions to stay enrolled in the program. Data will be gathered through interviews, surveys, direct observation of parent child interactions, developmental assessments, and record reviews from the school child care center.

I will be using quasi-experimental design methods to find cause and effect of the use of school based parenting and child care services on the overall dropout rates with a predetermined group of pregnant and parenting teenagers in Carter County school systems. There will be a comparison group pretest posttest and a survey with pregnant and parenting teens at East Carter utilizing the services verses those at West Carter that do not have access to the program. This test and survey will cover parenting skills and knowledge, overall mental and physical health of student, success in classrooms, and happiness with the use of program. There will also be a comparison of the dropout rates each year the program is in effect.

Participants in this program will be pregnant or parenting teens in the Carter County school system and will be at either East or West High School. The school will be selected and compared against the result of the students at the non-participating school.

Instrumentation will mock the previous research study in this topic and printed in the Journal of School Health in March of 2007. Pre and post surveys will be used to determine demographics, health characteristics, sources of stress, and support of the pregnant or parenting teen, the child, the partner, and the family members. Data from record reviews will be compared and checked with interview data. The Beck Depression Inventory II will be given at the entrance and exit of the program. It is a 21-item self-report questionnaire written at a sixth grade reading level that measures depressive symptoms and includes the three subdomains of somatic, cognitive, and affective symptom. This inventory has been successful when used with minority groups. The Beck Depression Inventory II has a range of 0-63 with a point of less than or equal to thirteen as mild depression symptoms. It has been found to accurately discriminate between depressed and non-depressed youth based on diagnostic criteria. The Rosenberg Self-Esteem Scale will also be used at entrance and exit of the program. It is a ten item self-report survey written at a third to fourth grade reading level that measures self-acceptance or the basic feelings of self-worth. A four point Likert scale that ranges from strongly agree to strongly disagree is used to rate subject responses. Pre and post surveys of the program will be used to measure expectations and evaluation of overall effectiveness for each student. Yearly review of the dropout rates will be closely watched as well along side of each successful graduate of the program as well as high school.

Pregnant and parenting students at either East Carter or West Carter will be selected to enter the program and compared against the non- participating school. Permission will be obtained through the school administration, parents, and students to conduct the study. The school will then be selected and the program will then be set up starting with record reviews and interviews of the students. All pregnant and parenting students at both schools will take the pretest will all other measurement instruments included to begin their files and research. The study will run the length of the school year with a posttest and repeat of measurement instruments at the end to determine success rate of the program and compared to the students of the non-participating school.

Timeline for this program will run for the length of the school year, August to May, and should run for at least five years to gain accurate knowledge of program strengths and weaknesses and overall success of the program. 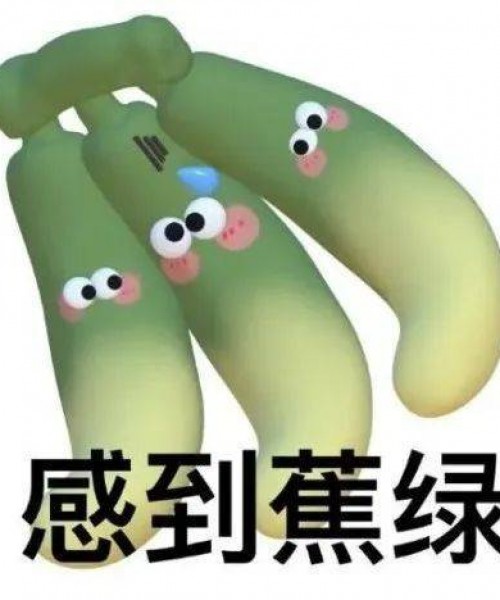